As part of a consortium consisting of four companies, Rimeco, this past spring acquired its second power plant, Stigsnæsværket, for demolition and recycling. The plant, erected in 1966 as an oil-fired power plant, was in the late 1970’s converted into a coal-fired power plant suppling a large part of Zealand with electricity and local homes with district heating. In 2012 the plant was closed by the owner, Denmark’s sole large supplier of energy, Ørsted, as a part of the company’s transition to sustainable energy sources.

At Rimeco, we are proud to contribute to this transition by meticulously ensuring that every last piece of the thousands of tons of metals that the now closed plant contains is recycled into new products for a more sustainable future. Danish authorities are expected to approve the acquisition by the end of 2019, and we look forward to commencing the task in 2020. Of course, we also look forward to providing our customers with yet another source of high-quality metals for both direct recycling and remelting.

Included in the acquisition is the power plants’ associated harbour, Stigsnæs Transithavn. With a water depth of 18 meters, it is one of the deepest harbours in Europe. At the same time, with its central location, the harbour is situated to conveniently for reach most of Zealand and Funen within an hour’s drive. It is the consortium’s ambition to develop and run the harbour as one of Denmark’s most efficient and widescale harbours attracting customers from all over the world.

Besides Rimeco A/S the consortium consists of: 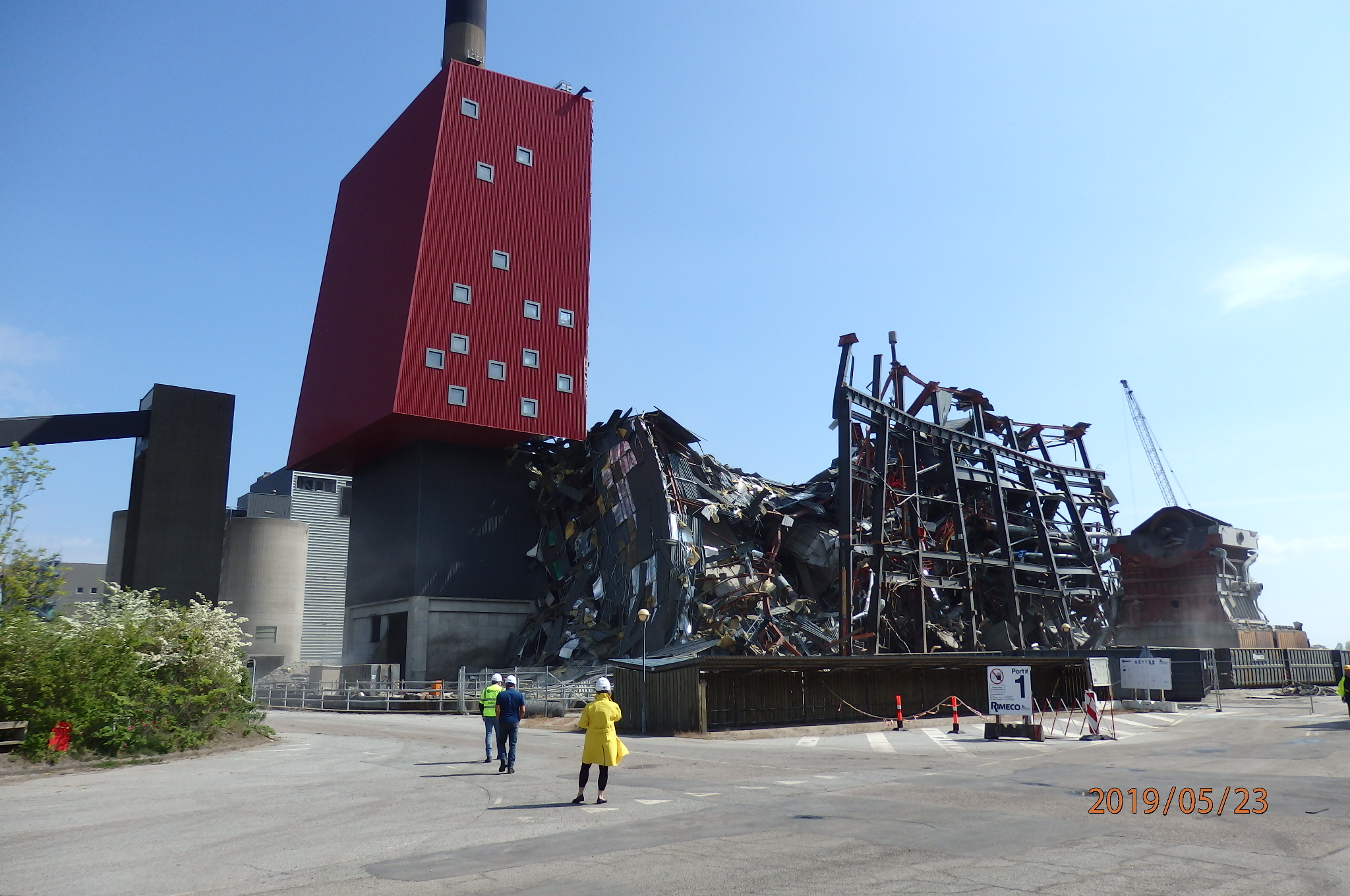 Demolition of the boiler house at Enstedværket